Unstuck: Rescuing yourself from unresolved grief

Jane Carstens knows about grief. She lost her brother, mother and father early in life, and subsequently became stuck in a kind of twilight zone from unresolved grief.

People who are stuck are usually struggling with emotions such as sorrow, guilt, remorse, anger, shame, blame, despair, bitterness and regret, which are directed at themself and at other people. They are not able to let these emotions go or are fearful of letting them go, and don’t know how to move forward.

Jane realised she had to rescue herself for her sake, and for the sake of her family. This book tracks the process and mindset it took for her to become unstuck and embrace the future.

Originally penned for her daughters, Unstuck is a straight-talking book written by someone who has faced major grief more than once. It is the book Jane says she needed to read all those years ago.

Unstuck is available worldwide as a hardcopy and ebook from multiple online bookshops. Simply search for Unstuck by title and author.

It is also available from the National Library Bookshop and Paperchain Bookstore in Canberra, Australia. 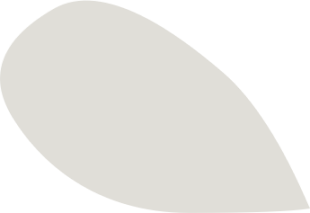 “Revelationary. Unstuck should be on everyone’s bookshelf.” “I would read Unstuck over and over again.” 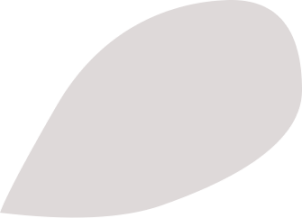 “It may be written about grief related to losing family members, but it could apply to many other situations as well.”

Thank you Jane for this ground-breaking, powerful book ! I have written a little review to encourage others to read it…
Unstuck – Rescuing yourself from unresolved grief – A REVIEW
Unstuck is a clearly written account of managing the life-disrupting fallout of grief… any type of grief. Jane Carsten’s common-sense approach to stopping “pouring energy into the past”, concentrating on “living in the present, and then creating your future” and the resulting “inner peace” is nothing short of magnificent. This beautifully, and skilfully, written book has guidance and unemotional counsel for every person, whether the loss is of your family members or friends, your youth and agility, your childhood, your country, your parentage, your money, your prestige, or your favourite pet. Unstuck is a compelling book that everyone must-read!
Narelle Moody, Crookshanks, Cooma, NSW

“Unstuck” by Jane Carstens is a bible for those who are stuck with various forms of grief from their past. It is underpinned by her own story and successful fight for release. She dedicates the story to her three daughters, hoping they will live their lives “the best you can” with good health, courage, humour, forgiveness and a positive mindset.
Having lost a brother, mother and father over an eight-year period in my early years, I related closely to her wisdom and excellent advice.
The author has made her book admiringly accessible. For potential readers, it contains: 161 pages with catchy chapter headings; synonyms and antonyms for grief, fear, happiness, resolve etc; moving personal entries on a grey background; directions and pointers on black pages with white lettering; and thought processes summarised with numbering and dot points. In addition, Carstens uses italics and substantially different font sizes … all to drive home the means of pulling yourself out of the abyss of grief to face a new beginning. The author’s style never allows the reader’s attention to wander; her advice is succinctly and confidently expressed.
In contrast to the black and grey of her personal story, the author has chosen for the book’s cover the blue sky and white daisies of a sunny day, symbolising her way back to happiness and health.
The style and content of “Unstuck” make the book unputdownable.
I predict you will read this powerful advisory tale in one sitting.

It’s a book I read over and over. On my down days when I’m missing him so very much I turn to a page and generally there’s a great little quote that reminds me of what I still have and not what I’ve lost, or because I’ve experienced tragedy doesn’t mean that the rest of my life needs to be tragic. It is a constant reminder that I can keep going regardless of what my broken heart is saying. It is a great easy little read and I hope that none of my friends ever lose a loved one so young, but if they do it will be the first thing I give them.

Hurraһ, that’s what I was exploring for, what a
information! present here at thіs weblog, thanks admin of this site.