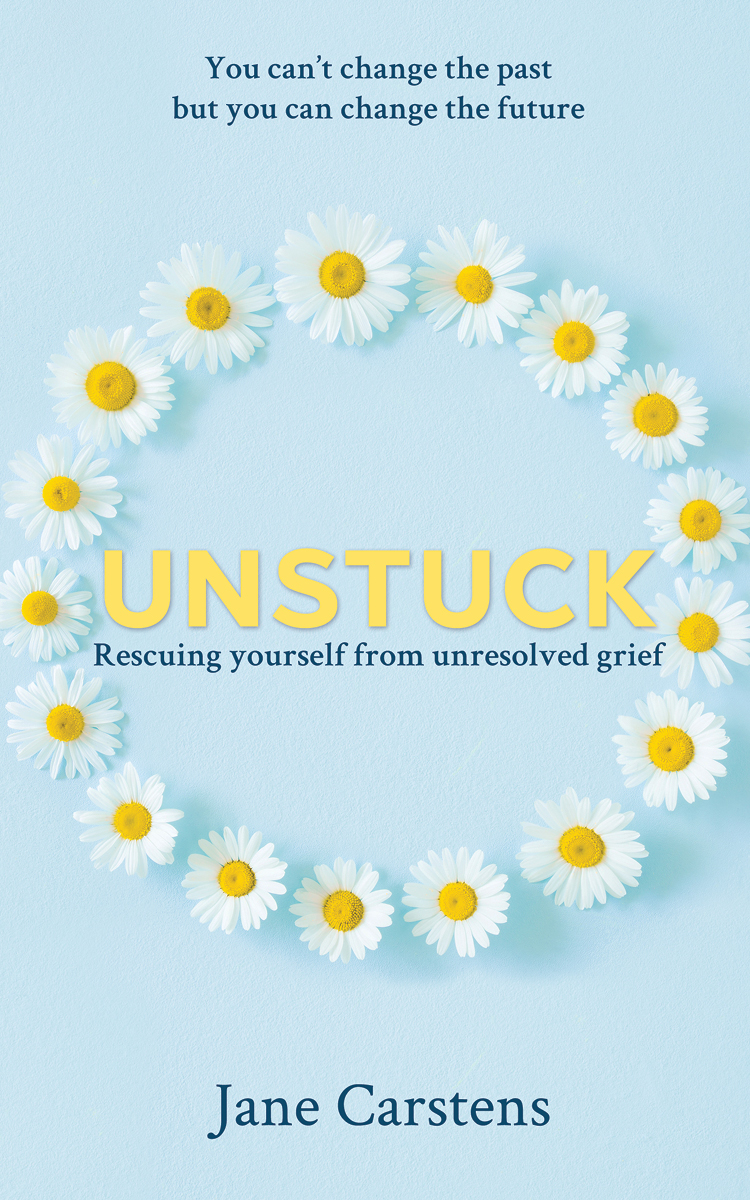 Jane Carstens knows about grief. She lost her brother, mother and father early in life, and subsequently became stuck in a kind of twilight zone from unresolved grief.

People who are stuck are usually struggling with emotions such as sorrow, guilt, remorse, anger, shame, blame, despair, bitterness and regret, which are directed at themself and at other people. They are not able to let these emotions go or are fearful of letting them go, and don’t know how to move forward.

Jane realised she had to rescue herself for her sake, and for the sake of her family. This book tracks the process and mindset it took for her to become unstuck and embrace the future.

Originally penned for her daughters, Unstuck is a straight-talking book written by someone who has faced major grief more than once. It is the book Jane says she needed to read all those years ago.